“From the initial design development through to the construction phase, MGF have consistently provided the project with excellent service and support”

Located in Redcar, North Yorkshire, the Sirius Minerals development involves the construction of a new 37km mine and mineral transport system; consisting of two 1,500m shafts that will reach the 70m deep mineral seam, the deepest commercial mineshaft in Britain. Expected to last 5-10 years there are plans for the development of a record breaking 37km long underground mineral transport system, 3.5km long overland conveyor, material handling facility and a new harbour on the River Tees.

The mine itself is the largest, highest grade resource of polyhalite in the world and according to the internationally recognised JORC code this is 2.66 billion tonnes in total. Polyhalite is a unique mineral salt comprised of calcium, magnesium and potassium sulphates and is primarily used for fertilizer with the potential for use in other applications.

MGF Technical Sales, Michael Thornton, was first approached at tender stage with Strabag later winning the contract, resulting in the development of a starting dialogue. Having been aware for some time that this job was pending and carrying out prior research, MGF were in an ideal place to meet their requirements.

Temporary propping was required to support the adjoining piles wall at the North Yorkshire Polyhalite Project, allowing the bulk excavation of the tunnel portal to be carried out, making way for the development of the 37km long underground mineral transport system that would form the conveyor belt and underground tunnel system.

Strabag already had an approved design, so the key focus for MGF was the capability to quickly produce a compliant scheme that would meet the required beam

design, turnaround the manufacture of the large, bespoke struts and deliver them to site on time, where they were later installed by Rainton Construction.

The props were delivered to site in three separate sections: the first one consisting of 5.08m diameter tubes, varying in length from 6m to 6.9m and with supporting headplate connection details. An additional 10 props to the same specifications were then provided in section two and another 4 props in section three.

“Our bespoke temporary prop design has enabled safe and efficient installation and removal of the props, limiting the amount of work at height required.”

Excavation began when piling was still underway, starting with the installation of temporary props from MGF in the adjoining piled section formed from 180, 1.2m diameter and 40, 0.75m diameter boarded piles extending to depths of between 10m and 18m. MGF’s props remained in place until the base slab was fully cast, during this time the permanent propping of the secant wall also took place.

A huge milestone was achieved this April when the projects first 1,800 tonne tunnel boring machine was launched, helping to construct the 23mile mineral transportation tunnel. With MGF’s temporary works now complete, piling work for the materials handling facility is due begin this summer with the successful production of the mines first Polyhalite expected to take place in 2021, and the completed facility aiming to produce 10million tonnes of Polyhalite by 2024. 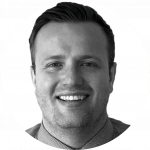